LET’S TALK HERITAGE: A case for consensus-building and conflict-resolution for heritage place management 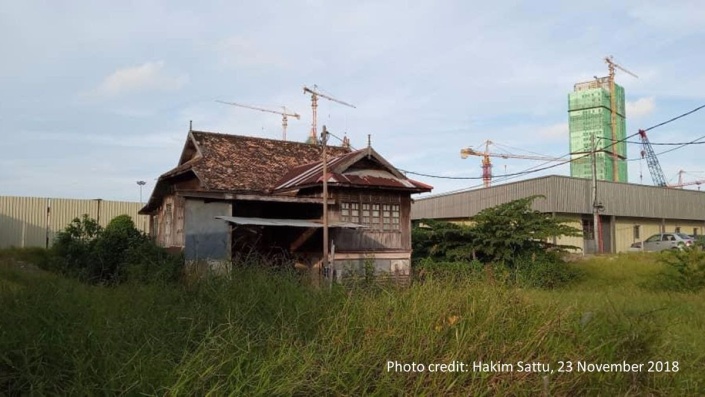 The recent demolition of a traditional Malay house in Kampung Tanjung Kelab Pantai, Terengganu, which was reported as standing in the way of the RM4.5 billion Kuala Terengganu City Centre project, has raised yet again concerns amongst many heritage professionals over the status of protection of the nation’s heritage.

In this past year, we have been privy to other controversies involving the loss of cultural heritage places – some through demolition such as that of Ampang Park Shopping Complex and the row of houses, commonly known as “Serani Row” in KL; others through development or major changes in the “look” of the place, as in the painting of the staircase leading up to the Batu Caves Temple complex.

So how do we really understand what is heritage?

The ways in which heritage is often framed today is through such regimes as the World Heritage Convention, and our own National Heritage Act 2005. In many countries, Malaysia included, heritage processes are legalistic, using adversarial court systems to determine the heritage significance of a place and to determine what are acceptable and appropriate actions to safeguard heritage.

Conflict arises when there is disagreement between involved parties who are responding to real or perceived threats to their interests, values, identities or rights; fears that one’s heritage is disrespected create highly charged emotions.

This lack of agreement will impede or prevent mutual understanding while ignoring the conflict in the hope it will dissipate over time is also ineffective. Conflicts present major barriers to achieving good heritage outcomes for all parties.

Fundamentally, heritage is a complex concept, engaging feelings and identities of the many different peoples and groups which make up our society. It connects what is culturally important to us – the individual, the family, any specific cultural group, up to the larger social framework we refer to as nation. There can be no one singular view of what is heritage; rather there are multiple perspectives reflecting the multiple values of multiple stakeholders.

These stakeholders each have distinct roles and different interests. They are also likely to have very different concepts of what comprises heritage. This in turn oftentimes results in conflict or differences of opinion.

So how does one determine the heritage significance of a place, and the appropriate action to be taken? Should a place be protected under law, or changes (including demolition), be allowed? How do we seek co-existence of these multiple values?

The heritage professional is one whose expertise places them in a position to present an independent, objective view, advocating for a particular position. But there are occasions when this position is challenged by another “expert” view, resulting in disagreement on the “facts” and adding to an already confused situation.

Those of us working to promote and protect our national heritage should be advocating for a consensus-building methodology, focusing on the core needs and concerns of all parties, centered on fundamental values and identities, and ultimately negotiating for an outcome which adjudicates between economic, social, environmental and political perspectives.

Almost all the time, conflict arises because heritage places are located within contested terrain – e.g. old two-storey shophouses in the city centre where the local development plans allow for much higher plot ratios, a bungalow on a relatively large piece of land which has been identified for high-rise redevelopment, etc. etc.

We have to break this head to head pitting of economic and utilitarian benefits against that of heritage conservation. We have to create a framework based on recognizing difference and one which helps build respect for all values and connections and to seek consensus.

Had there been any attempts for conflict-resolution, which may have prevented, or at the very least mitigated against, the very distressing and wasteful outcome of the demolition of this property in Kuala Terengganu?

We do not have any direct knowledge of the context which led to the traditional timber house being knocked down. We do know from having seen a video of the demolition that in a matter of minutes, all vestiges of a traditional village lifestyle was cancelled out.

Was it that the owner refused to move because he wanted more compensation, with the reported value of RM20,000 not a fitting sum while RM2 million would have made up for the loss of his family’s history and legacy? Was it that the officially (government) recognized owner of the land, felt vindicated because it was their legal right to get vacant possession of the land? The conflict over this contested site is reported to have been going on for at least a year, if not two. Everyone else in the kampong vacated their houses. Was this the last bastion, holding out and fighting for heritage rights?

Following our inaugural Lensa Warisan lecture & discussion of 14 November, Badan Warisan is planning to hold a forum early next year to discuss issues relating to the management of heritage sites and the principles we should be using to guide our heritage practices. More details later.